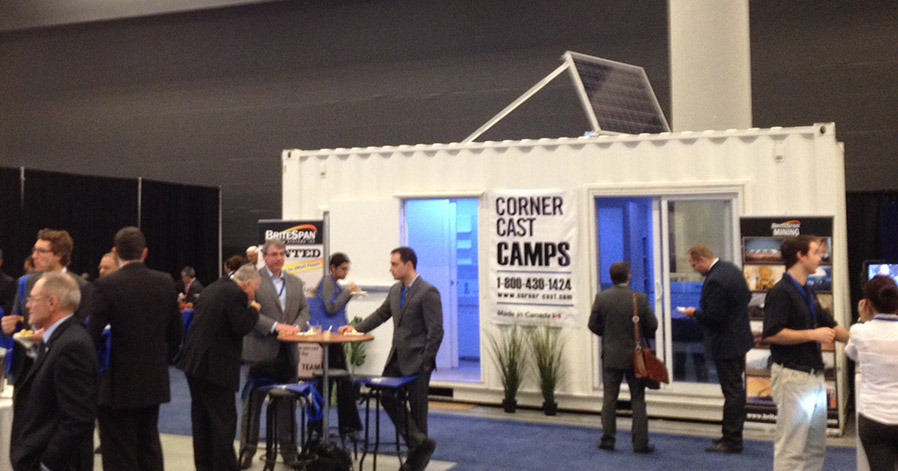 The Quebec Mines 2012 conference, in its 33rd year running, was hosted by the Ministère des Ressources Naturelles on the 26th to 29th of November 2012 at the Quebec City Convention Centre. It was organized in collaboration with the Quebec Mining Association, the Canadian Institute of Mining, Metallurgy and Petroleum, the Chamber of Commerce and Industry of Quebec, the Sectoral Committee workforce of the mining industry, Québec International and the National Institute of mines.

Notably, this was the largest and most comprehensive trade show in the region and promoted investing in Northern Quebec and the advancement of mining. This year’s theme, “Mines and Men”, gave importance to the human aspect in this industry. The event brought together all stakeholders in the development of mineral resources within the province and beyond, encompassing the primary and secondary sector, as well as the general population.

Overall, it was a phenomenal and heightened success, exceeding all expectations with a record number of attendees participating in the various events planned.

This year, for its first time, Corner Cast was one of the 300 exhibitors in the conference’s Trade Show, quebec-mines-2which allowed businesses in the mining and geosciences to showcase their goods and services all under one roof. Corner Cast is a Canadian manufacturer of modular building structures that can be transported easily to very remote locations for industrial purposes involving the extraction of resources.

All their modules are very versatile because the company leaves connection openings in their structures so that each unit can be catered to the needs of their clients. The modules can be shipped almost fully furnished to include furniture, fixtures and equipment. and requires very little on-site assembly time. This attributes to the fact that Corner Cast operates using parallel construction. By doing so, the structure and foundation is manufactured simultaneously, thus halving the building time.

Another point that sets Corner Cast apart from its rivals is the ease in which the units can be disassembled, transported to another location and reassembled at the next site, further reducing waste and promoting eco-friendly and cost effective industrial habits.

Corner Cast’s booth came with a 20 ft container that demonstrated what the company had to offer. This container, like all of the units made by the company, was made by high-tech materials which have been recycled and are recyclable. The main component of the structure is COR-TEN steel, a durable building solution which is strong, resists corrosion and stands well against natural disasters. The designs of the containers are made with a focus on increased longevity and long term usage.

“It was very successful, well received and there was a strong presence.” said Magnus Consiglio, from Corner Cast, expressing excitement as well as some surprise at the turn out of the presentation. The company has several other shows to attend in the coming year. Consiglio commented on how he looks forward to returning to the next annual meeting, scheduled to be occur from 11th to14th November 2013.